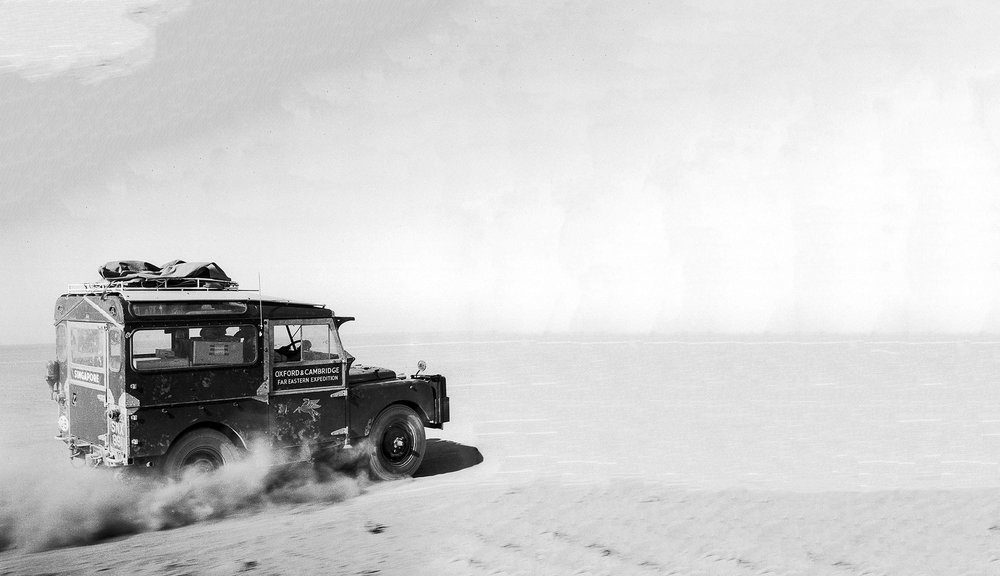 “I have a little whisper every now and again, and it says: Give it a go before it’s too late.” We are delighted to share the official trailer of The Last Overland expedition. Be a part of history in the making. #TheLastOverland

In 2019, one of the 20th century’s most iconic and challenging road journeys will be recreated by Grammar Productions.

The Oxford & Cambridge Far Eastern Expedition – The First Overland – made history in 1955 by being the first to drive from London to Singapore. That young team inspired generations of adventurers through their extraordinary endeavour, showing many remote corners of the world on film for the first time.

Driving the original 1955 Series One Land Rover (‘Oxford’), one of the original team, Tim Slessor, will join Alex Bescoby and an experienced team in remaking history for a new generation of adventurers. This time, the team will forge the path through some of the densest jungles, highest mountains and most arid deserts on the planet, returning the car from Singapore to London.

The Last Overland Expedition will leave from Singapore on Sunday August 25th 2019, aiming to arrive in London 100 days later.

Be part of history in the making #TheLastOverland