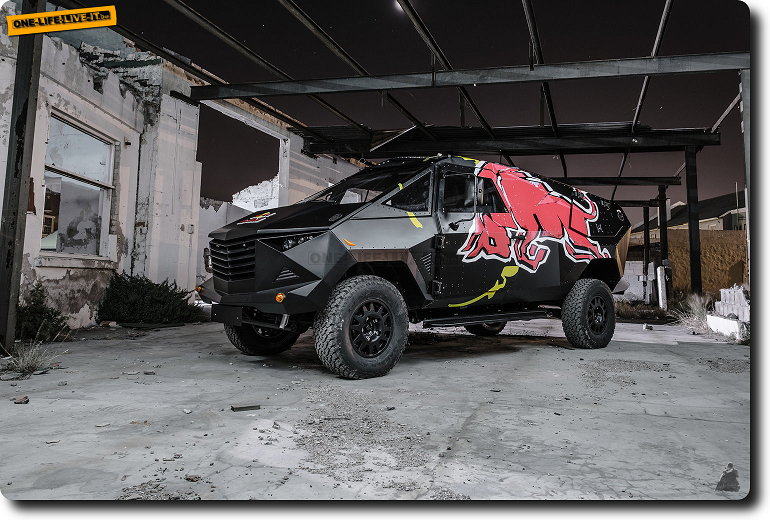 The Red Bull logo is pasted on some of the weirdest vehicles in the world, including the futuristic X2010 concept and its very own MIG 17 fighter jet. Awesome! But why not go a step further and give the people what they really want: a Land Rover turned into a stealthy party on wheels.

While attending all the best Red Bull beach raves, not a moment goes by without us wondering why they don’t have a matte black F-22 Raptor with off-road tires and giant logos of angry bulls on the sides. Isis and al-Qaeda will never see it coming!

Finally, the biggest name in energy drinks and strange sports has decided to listen to what we had to say and made a go-anywhere party starter.

“Beach, bush, backyard stomp. Anywhere? With the heart and soul of a Land Rover and the body of a beast, the newest member of our fleet of event vehicles will make it happen. It looks the part too!” the official statement reads.

Yes, you read that right – this monster is based on the Land Rover Defender 130, the biggest 4×4 safari vehicle this side of a Mercedes-Benz Unimog. Over the years, this British model has been turned into an arctic explorer and hunted elephant poachers in Africa. Red Bull has even had one version that doubled as a mobile cinema screen.

The body of the aggressive “armored moon vehicle” is built on a Land Rover Defender 130. It was pre-constructed in Australia and is made up of several inter-locking triangular pieces of metal that resemble the famous F-117 fighter aircraft.

Maybe this vehicle can double as an anti-riot truck for the South African police or protect us from the next alien invasion. But while it may look like a radical departure from its predecessors, certain design elements and functionalities have simply evolved from old Red Bull event vehicles rather than been completely remodeled. For example, the entertainment system sitting on top.

The original prototype of this model was F1 blue, but the designers eventually settled on matte black, and it’s far better for it. 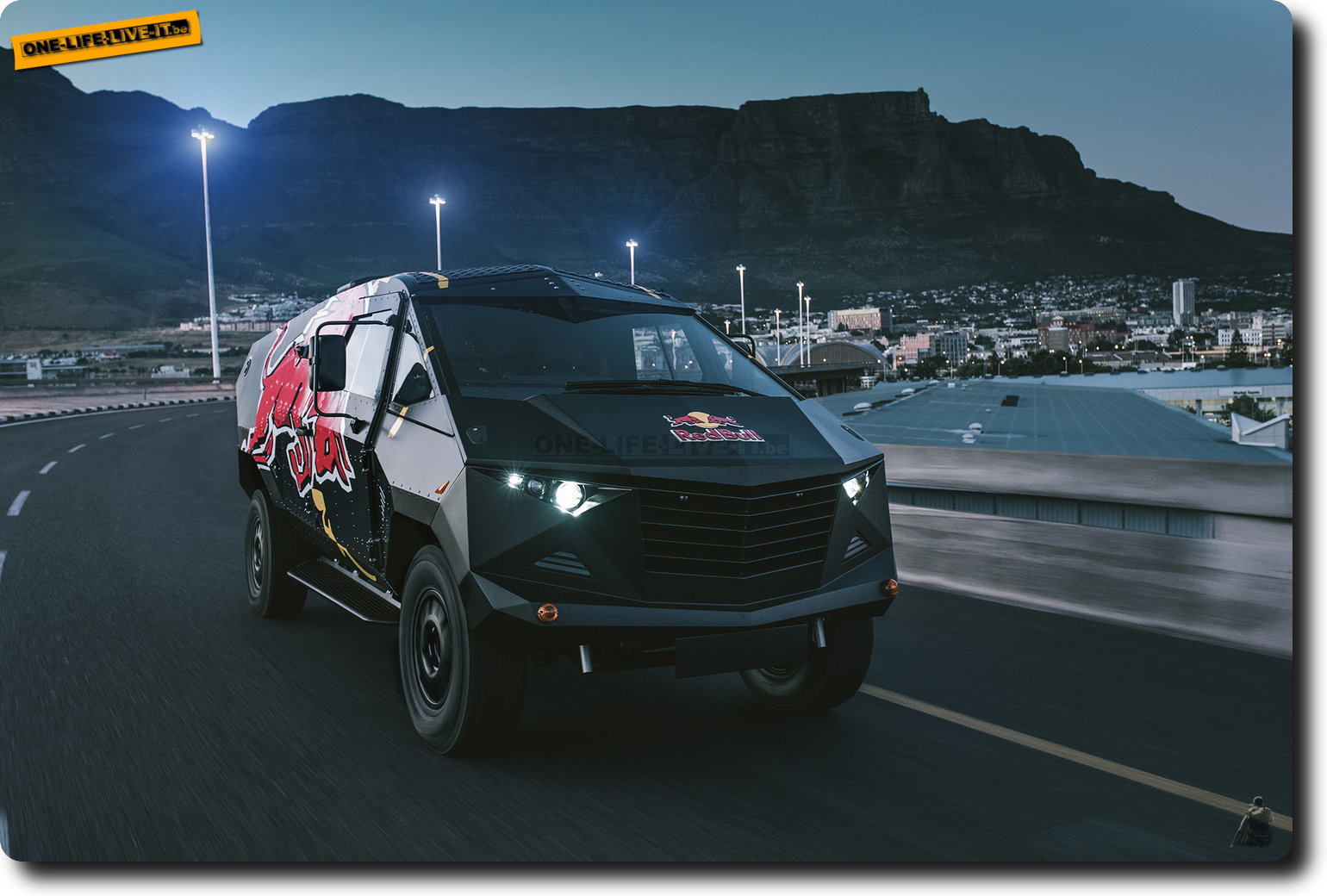 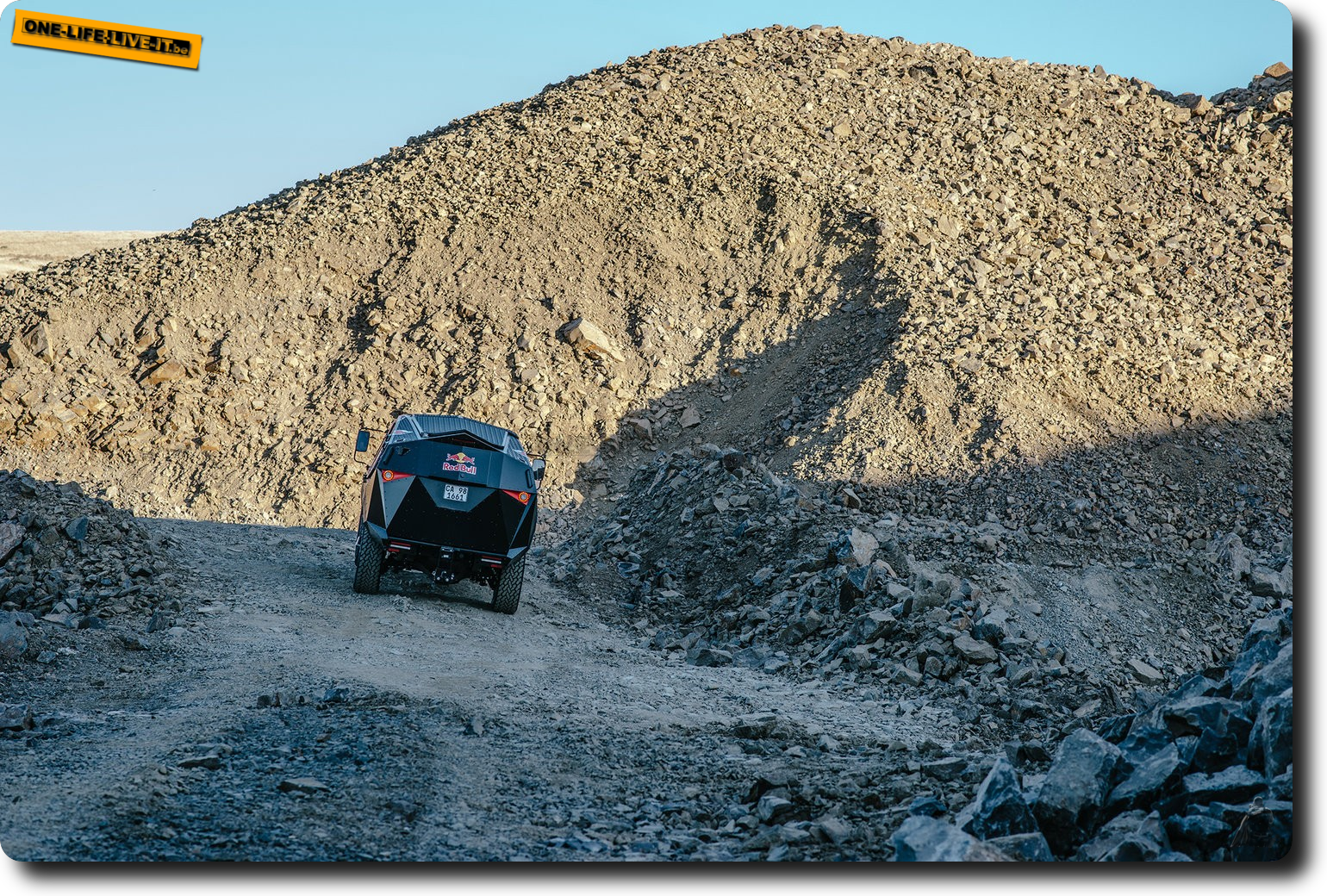 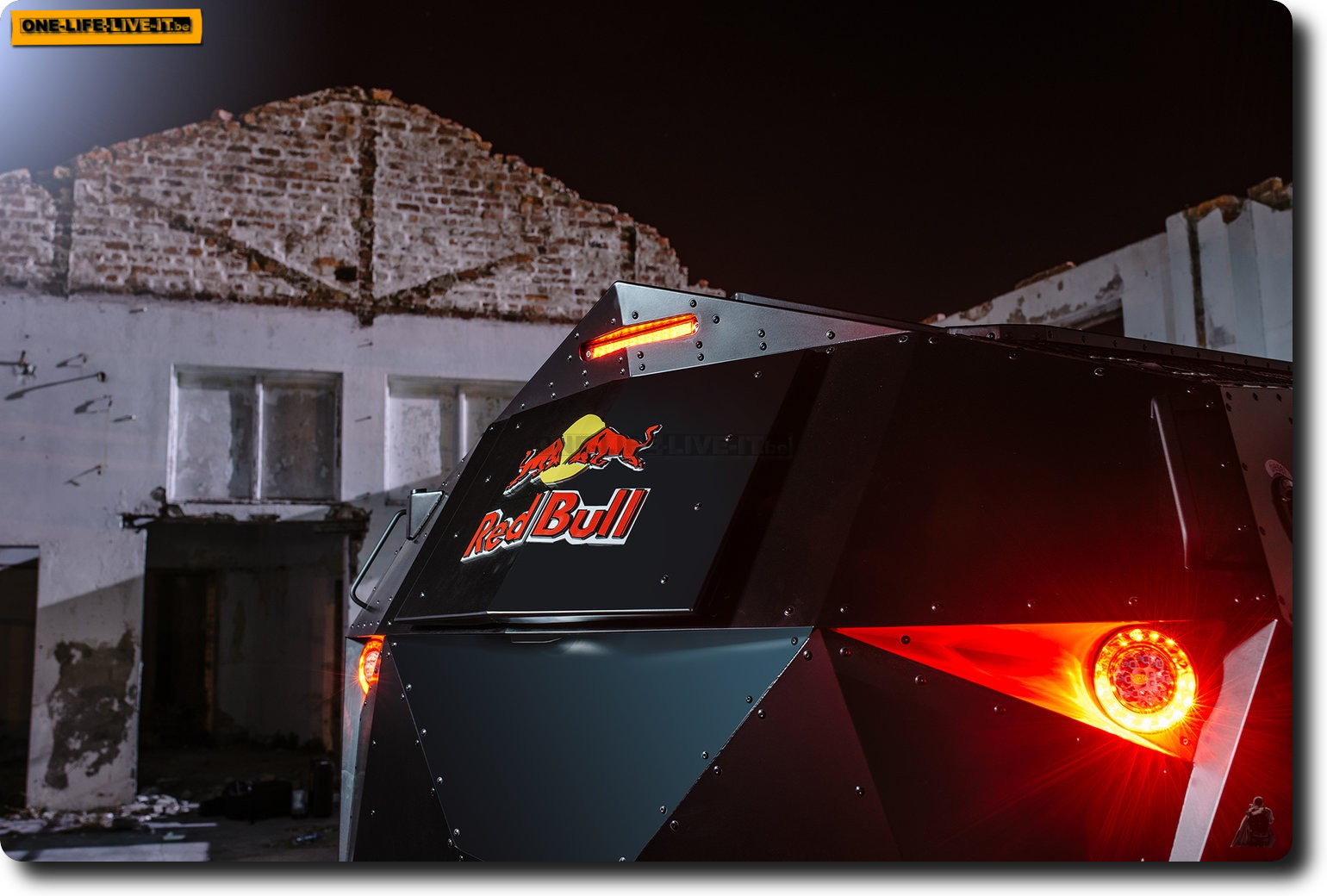 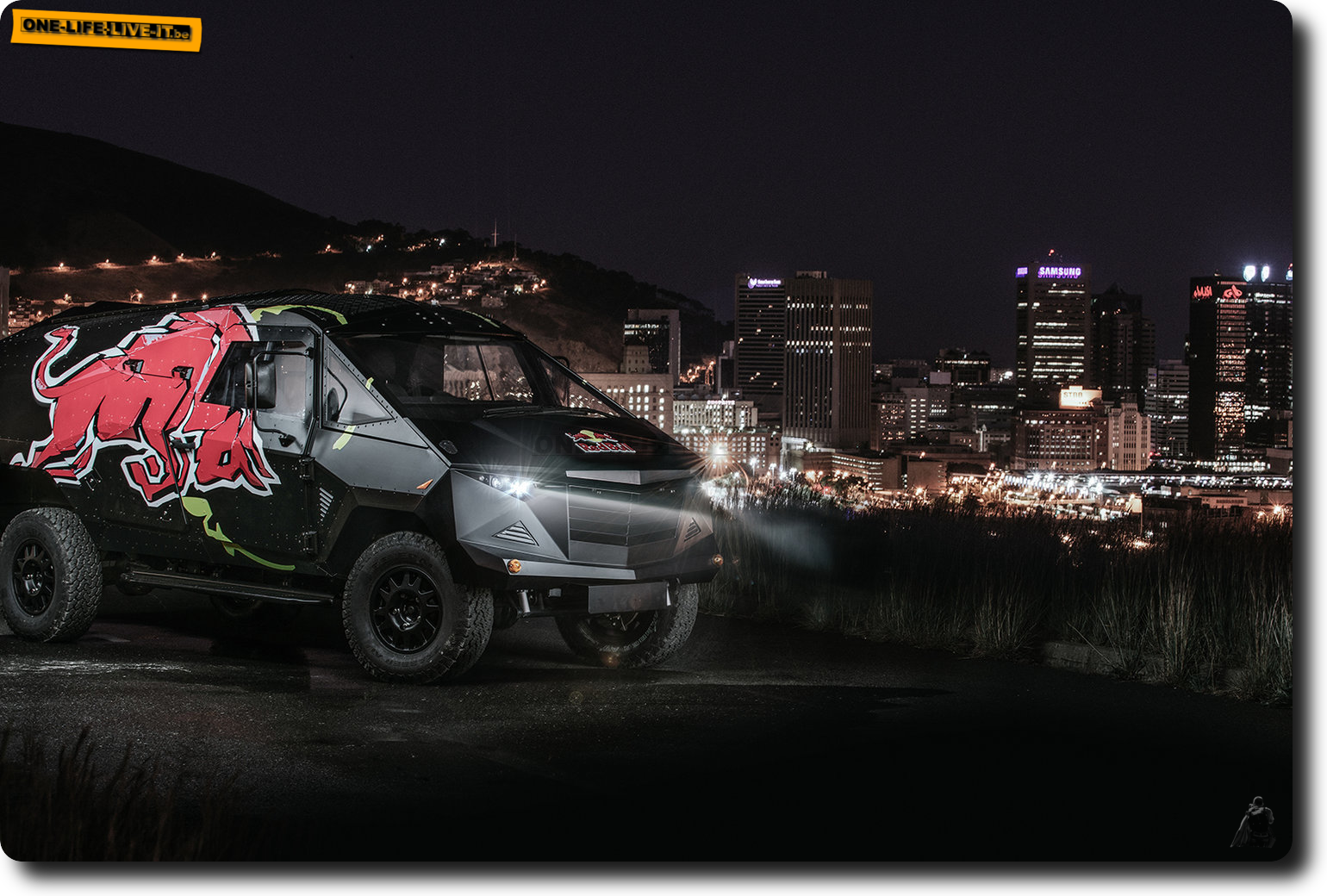 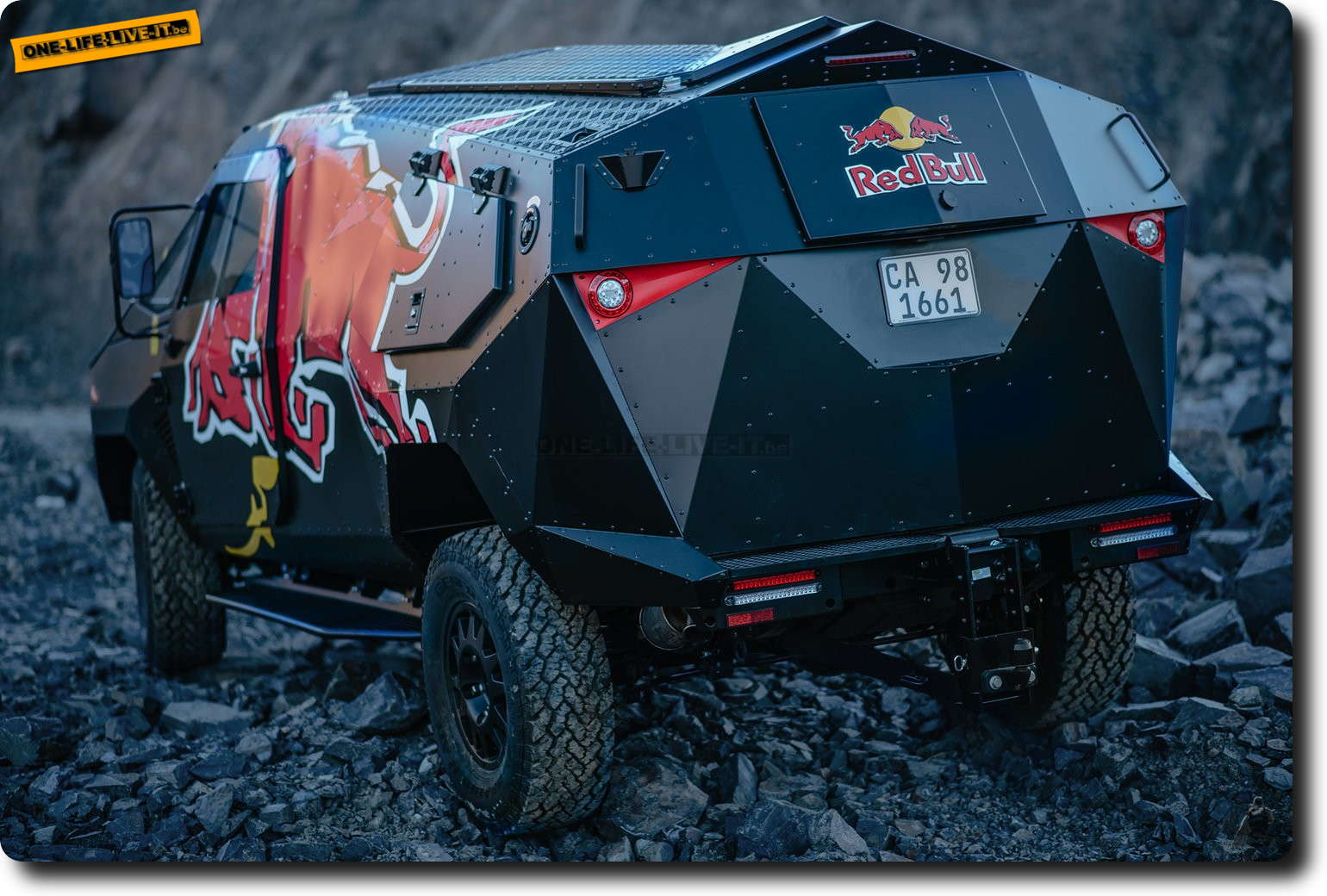 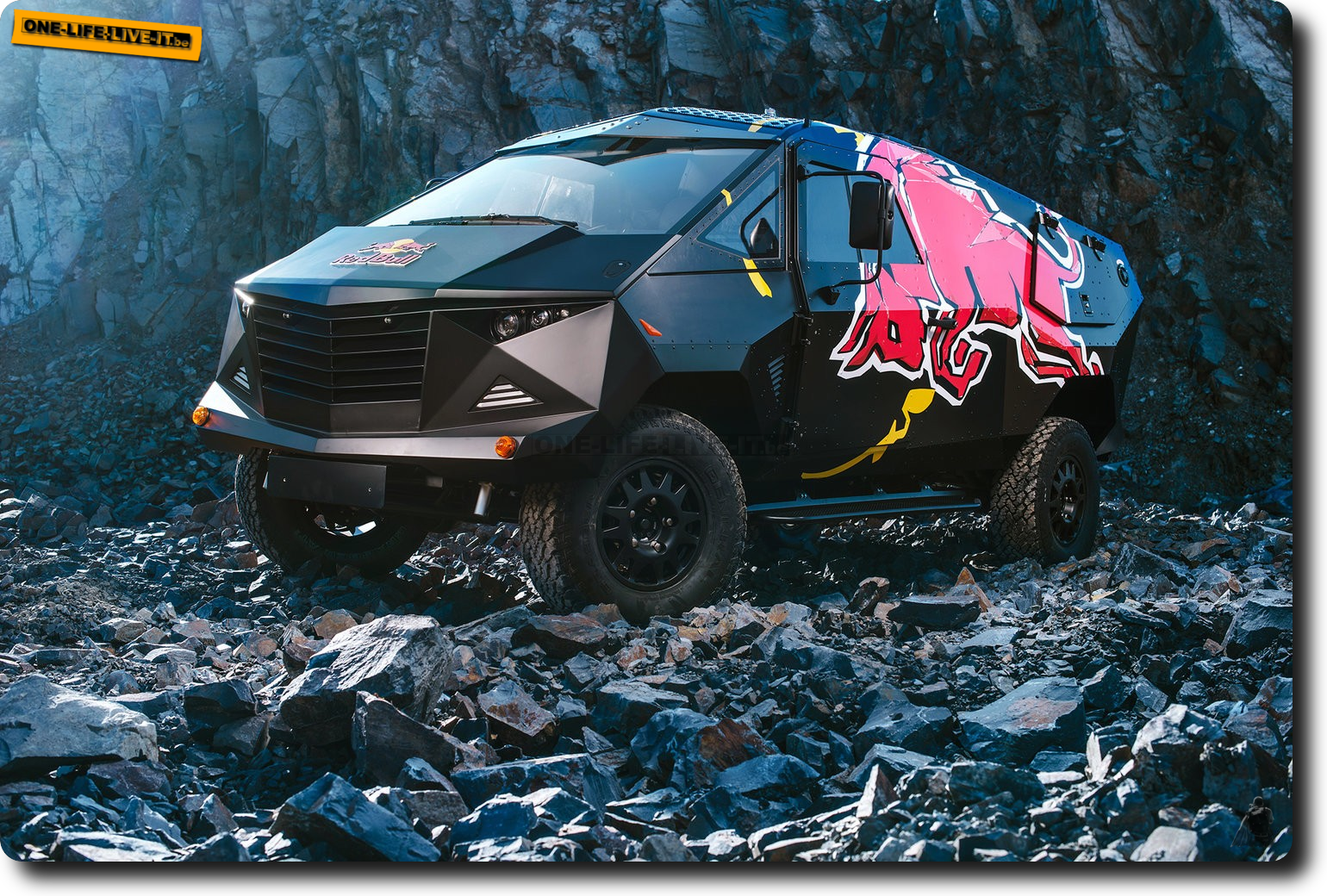 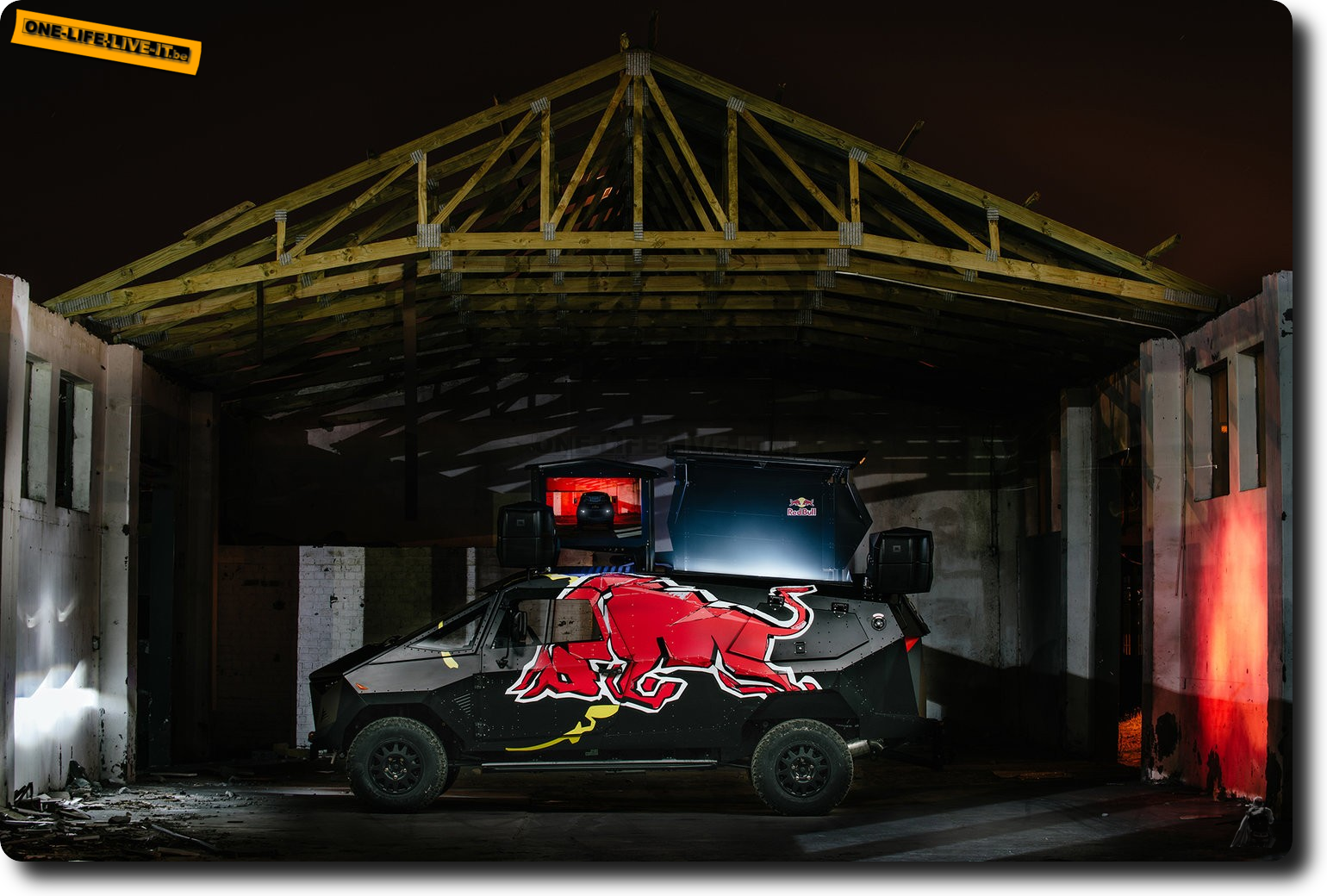 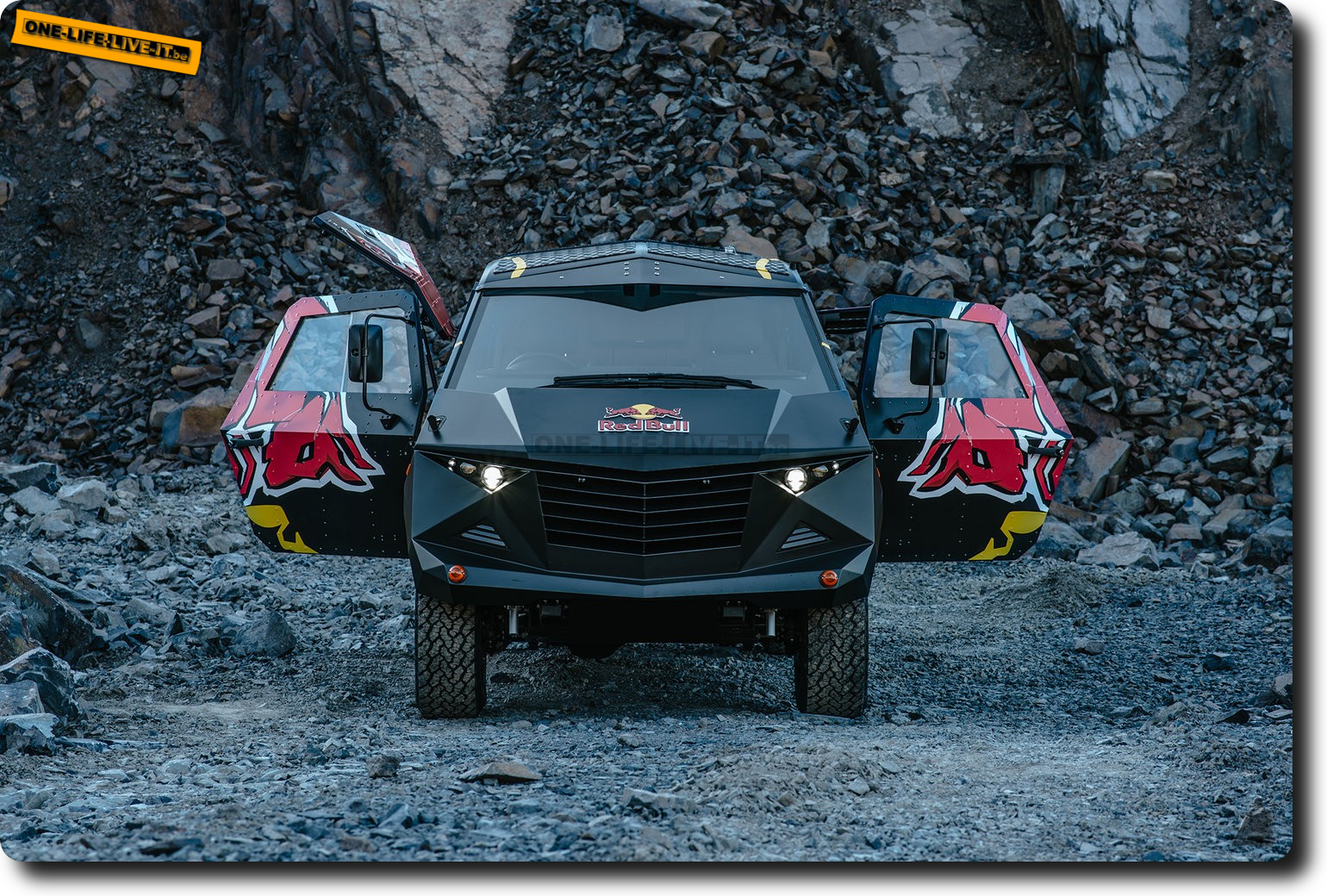